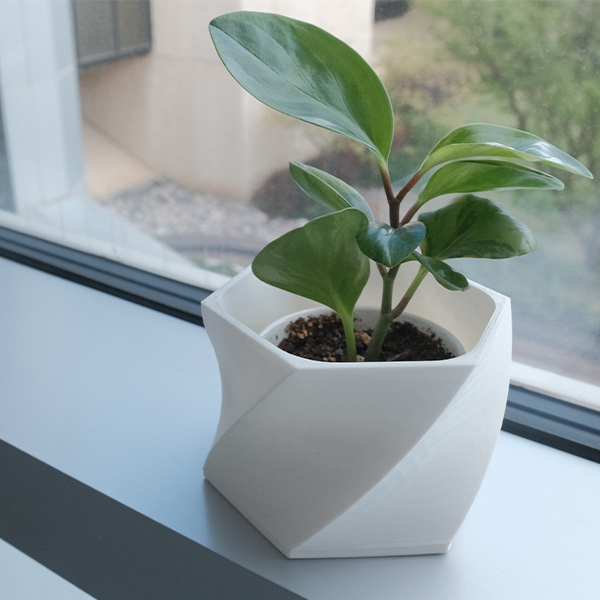 Recycled Materials Design Club, or REMADE, cofounder Eli Janzen knows the work his club is doing to turn plastic waste into useful household items will not divert a meaningful amount of plastic from landfills. His goals are much bigger, his timeline much longer.

“Our members are demonstrating what it takes to transform plastic trash into a new product in the most hands-on way possible,” Janzen said. “Once they graduate and move into industry or academia, they will have a much deeper understanding of the recycling and plastic manufacturing process than most graduates, and that is when they will be able to solve the problem of plastic waste on a meaningful scale.

The REMADE club was formed in 2019 by Janzen and Dylan Evans, both doctoral candidates in the Tim Taylor Department of Chemical Engineering, as an outlet for students to gain experience with materials science and product design while providing hands-on experience with environmentalism. While the club was aimed at chemical engineers within the Carl R. Ice College of Engineering, students from all majors are welcome.

"The outpouring of support we’ve seen from the K-State community has been
extremely encouraging. . . "
- Eli Janzen

The club’s goal is to break down plastic waste, process it into 3D printer filament, then design and create household products that people can use, literally turning trash into treasure. The initial production process included shredding plastic milk jugs and turning them into flower pots, though the group is looking at creating other items.

“All we need is a 3D CAD model, which several of our members are capable of making, and we can 3D print just about anything,” Janzen said.

The club’s biggest challenge as it worked to get off the ground was finding the necessary equipment, which is typically designed for large-scale operations and is cost prohibitive for a student organization.

“Within the last several years, DIY-scale plastic processing equipment was developed and became commercially available, so we we’re actually pretty lucky with the timing of our club,” Janzen said.

The group has plans to expand beyond just the high-density polyethylene it’s recycling now, but a new material, such as aluminum or paper, would require new equipment.

Janzen said the response from the college, as well as the broader K-State community, has been overwhelmingly positive.

“Everyone that we’ve talked to has been excited or interested in what we are working toward,” he said. “The outpouring of support we’ve seen from the K-State community has been extremely encouraging, and I am so excited to see what we can accomplish.”